WASHINGTON, D.C.  I The U.S. Supreme Court is scheduled to hear oral arguments today stemming from a towing dispute that ultimately could result in a landmark regulation decision effecting multiple industries. 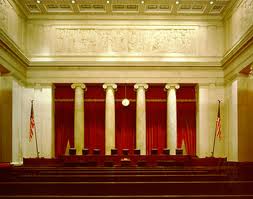 As Tow Squad News reported in December, the original case was born out of a 2004 involuntary transport at an apartment complex in upstate New Hampshire. According to court papers, the management had requested the removal of a Honda Civic after it violated their snow management schedule, required under rental guidelines.

Court affidavits indicate that Pelkey, through his lawyer, requested the sale to be stopped.  The vehicle was ultimately sold to a third party, and no compensation was made to Pelkey.

Previously the case had been tossed out on grounds that lawsuits may not be brought in consumer protection cases against a “tow-motor carrier” per the FAA Authorization Act of 1994.  The New Hampshire Supreme Court struck down that decision, which the defendants are now appealing to the high court.

At stake is the greater issue of airline and trucking regulation, and whether the 1994 law should be interpreted to exempt those industries and others from certain state laws.

It is considered the first of two potential bellwether regulation cases before the high court this session. The decision could ultimately have longstanding and high-dollar repercussions for entires industries, and is being closely watched by numerous Fortune 500 companies.

It’s an ironic twist that so much capital could henge on a car that was initially valued at less than $500.