Just Before Dispute, Shop Owner Reported Officer for Sleeping On the Job 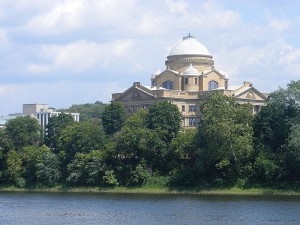 WILKES-BARRE, Penn – The owner of a towing firm in Pennsylvania is suing his local police chief, claiming his company has been denied tow work from the department despite having secured an exclusive contract from the borough’s council members.

The council members are also named in the suit, all centered around the borough of Ashley, just outside Wilkes-Barre, Penn.

In August of 2010, the borough council awarded their towing contract to James Barberio’s company Ashley Automotive. Barberio is claiming that Ashley police chief John Bell began refusing him dispatches in November of last year after the owner reported a policeman he caught sleeping on duty.

According to the suit, the chief was friendly with the policeman in question, and overstepped his authority by retaliating against Ashley Automotive. Barberio points out that only the borough council has that power.

As a result of being denied the work, Barberio says he’s out thousands of dollars each month. Additionally, he says a good bit of other revenue is lost from an area perception that the police must be discriminating against the company for a good reason.

Chief Bell’s position appears to be that the company was not fully licensed for the work, something Barberio insists he can prove is untrue. Bell also reportedly sent an email to council members explaining his actions in which he accused Barberio of a road rage incident.

“He makes all these accusations against me and they are all lies,” Barberio told The Citizens Voice newspaper. “He’s ruining me.”

Despite being aware of the matter, the Ashley council has not directed the police department to again start dispatching through Ashley Automotive. Instead, Barberio says they offered to begin rotating him back in with other companies if he agrees to drop the lawsuit.

“This is not about money at this point,” Barberio said. “This is about my reputation.”

A letter recently sent by the borough’s solicitor to Ashley Automotive indicated that their contract was never exclusive, something Barberio also disputes.

More of the legal latest in towing...