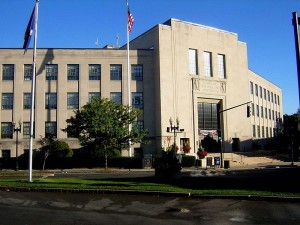 SALEM  l  As national campaigns have sprung up to encourage people not to text-and-drive, a similar problem is impacting professionals on the road who can also become distracted by on-board equipment. From ambulances to police cars, efforts are underway to make sure drivers keep their focus on the road ahead.

For towing companies, the shear weight of the equipment involved demands a higher level of precaution. Operating a GPS or networking with dispatch can be every bit as distracting as a teenager texting, or worse depending on how complicated the task is.

These distractions can lead to tragedy and potentially fiscal ruin. Shops and even drivers themselves can be left legally liable should they contribute to an accident.

On Monday a trial begins in Lynn, Massachusetts, just outside of Salem. Former tow truck driver Derek Gallien is charged with motor vehicle homicide following an accident that left two vehicles in flames and one passenger dead.

23-year-old Edward Ma was killed in July of 2010 when the vehicle he was a passenger in was struck by a tow truck while stopped at at a red light. Gallien was the driver. He and the other passengers involed were able to escape without serious injury.

A fire quickly ignited, with Ma injured in the backseat. He was unable to be rescued in time.

Police charged Gallien, who worked for local outfit G&J Towing. Investigators determined he’d been using the tow truck’s on-board computer system at the time just before impact. In addition to the homicide charge, he was also cited for speeding and failure to stop.

That type of alleged negligence could represent a considerable liability for a driver’s employer, and serves as a cautionary tale for all shop owners.

Law enforcement agencies in many areas have begun addressing the risk also shared by their officers. Training is provided to encourage drivers to tend to all equipment-related tasks such as GPS or contact with dispatch prior to rolling out into traffic.