If Passed, On Site Police Would Not Be Needed

PHILADELPHIA, PA – A new bill being considered by Philadelphia’s city council would make it possible for unauthorized parked vehicles to be removed without the presence of a police officer. 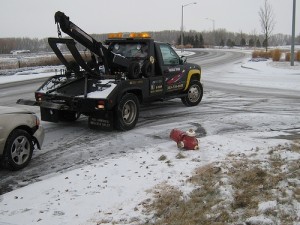 Currently if a car is illegally parked on public or private property, a Philadelphia Police officer must provide on site authorization for the removal.  Often this means offenders leave the scene before police arrive.

The proposed change would require that a photograph be taken of the violation vehicle by the tow truck driver and a form filled out by the complainant.

“The legislation presented appears to provide the checks and balances necessary to protect the interests of all parties,” she says.

Not surprisingly, many Philly-based towing establishments also support the measure.

“This groundbreaking concept will become a model,” says Lew Blum, a veteran tower in the area, “which other cities admire and will come to emulate.”