Industry’s Best Steps Up In Wake of Storms

Professionals Rolling In To Aid In Recovery

NEW YORK CITY – Following this week’s extreme weather, many professionals from the towing industry have stepped up to aid in the  massive clean-up effort.

In Massachusetts, a team of 15 towing operators geared up at DiRenzo Towing of Millbury.  Among them was driver Keith Cappoli, dispatched to the greater Rochester area.  In Webster a car needed to be retreived beneath a fallen tree.  Then a call from nearby Charlton to hook up an inoperable bucket truck.  From there he bounced from around the region clearing flooded cars and clearing roads. 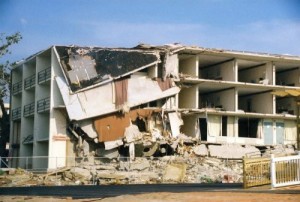 Cappoli told the The Telegram & Gazette of Worchester part of the difficulty in operating around other vehicles in a disaster recovery effort is that those drivers don’t realize heavy trucks like his don’t handle like a standard sedan.

Throughout his efforts he had to remain constantly aware of threats from above.

“A tree fell blocking the road I had just driven over 20 minutes before,” he says.  “That the biggest thing — driving down those back roads, worrying about a tree falling on you.”

Cappoli says safety is crucial in situations such as these.

“Everything takes longer in a storm. You don’t want to tell someone that your ETA is going to be a little longer, but you need to be safe, too.  I have two young children at home, and my family is always on my mind.”

Rafael Maldonado owns Citywide Towing of Atlantic City, New Jersey.  He and his men were some of the earliest responders in that state.  .

“We had a little bit of hurricane here,” he told Tow Squad with a chuckle in his voice.  He and other drivers offered to share their full story on the rescue and recovery efforts once the work was done.

Volunteer crews from around the country have made their way into the New England area, doing their part to help start the rebuilding.

Next week, Tow Squad sits down with some of the brave professionals to get the full scoop.