CLARENCE, NY – Police in New York have charged two allegedly impaired drivers after they attempted to crudely tow away a damaged vehicle from an accident scene. 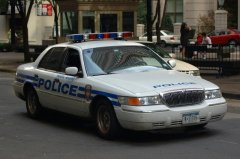 According to investigators, William Timmons and Karl Struebel were each arrested when police discovered the pair using a Jeep and tow strap to recover Timmons’ car.  It had been badly disabled following a one-car accident just an hour prior to the arrest.

Timmons, 20, allegedly called Struebel, 21, to assist in retrieving the vehicle.  A state police representive told Tow Squad News that both men were clearly intoxicated at the time.

Clarence is located in the western half of New York state, just outside Niagara Falls.