OLYMPIA, Wash  I  Regulated towing rates have become a hotly contested issue in Washington State over the past several months.  While communities large and small have looked for ways to cap the rates, lawmakers in Olympia have also been considering a statewide measure. 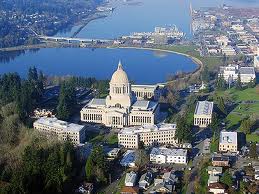 The matter drew considerable public outcry after some highly-publicized incidents seen by many as gouging.  Reports surfaced of thousand dollar tow bills, and a push was quickly underway to find a legislative solution.

Seattle Times columnist Danny Westneat is now applauding the towing lobby for taking a lemon-filled situation and winding up with lemonade.

“I bow down to you, tow truckers,” Westneat writes in his Tuesday column. “You hauled away that political threat as cleanly as if it were a car double-parked at Seafair.”

He’s referring to an effort that would negate much of the local haggling by implementing statewide caps as used in New York and other states.

However Westneat points out that under the current negotiated rates, the industry will not see the slashed fees originally proposed. In some areas, the suggested flat rate would represent an increase over existing local caps.

When Seattle capped rates last year at $183 per hour, Westneat points out it may have improved a bad situation, but was a far cry from reasonable.  Lawsuits were filed by towing interests to challenge the legislation, which are currently still under appeal.

In Olympia, House Bill 1625 would set the statewide rate at $244 per hour with a $62 daily storage fee cap.  Compared with the rate caps elsewhere in the state, Westneat says, that’s a 33-50% increase.

“Uncanny how all that outrage about tow-truck fees got massaged into this: a law that cements high rates statewide,” he writes. “The tow truckers are doing doughnuts around the politicians.”