SPRINGFIELD, IL  I  City leaders in Illinois’ state capitol are fighting their mayor’s efforts to block a new proposal that would reduce the fine for arrest-related tows by 50%. The Springfield City Council managed to overturn the mayor’s veto with a vote of 8-1 on Tuesday. 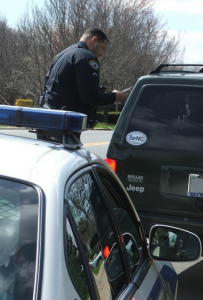 The fee is not associated with the actual towing company involved, but instead an administrative charge for dispatching a tow truck under certain arrest scenarios. Mayor Mike Houston opposes cutting the fine on arrest tows from $500 down to $250, a measure that generates nearly half a million dollars annually for city coffers.

Opponents see the current rate as a means of applying an additional bureaucratic punishment on those not yet convicted of anything. Alderman Doris Turner spoke out in opposition of the mayor’s veto.

“When you listen to the statements from people who came in,” Turner said at the meeting, “It created a significant hardship… A $500 fee is very excessive.”

In 2010 the council approved the fine, applying a $500 fee to vehicle owners when the car is removed during a felony arrest. Some misdemeanors such as a DUI or solicitation charge also qualify for the added charge.

According to the mayor, the vast majority of the cases involved drinking and driving.

“Eighty-five percent of the cars we towed were for DUIs,” he argued to the council. “Or driving with a suspended or revoked license. Those people should not be on the road.”

The process for dispatching an arrest tow, it was revealed at the meeting, is no different from the standard dispatch made by police following an accident.

“The city sees a chance to jack people while they’re down,” one observer said. “Never mind they might be innocent in the first place.”