COLUMBUS  I  A tow shop owner in Ohio remains in critical condition after nearly being killed by a sudden explosion at his shop over the weekend. 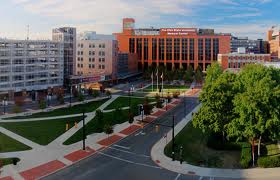 Virgil Barker has for decades operated Barker’s Towing & Recovery in London, Ohio – just west of Columbus.  Just before noon on Saturday, medics airlifted him for emergency care after he reportedly suffered burns to over 90% of his body.

According to the Fayette County Sheriff’s Department, Barker was apparently using a blow torch on a steel barrel when it suddenly exploded right beneath him.

The force of the blast was such that the barrel itself was located over 300 feet away.

Witnesses to the explosion called for emergency personel, who transported Barker by helicopter to Wexner Medical Center at Ohio State University.

Barker, 69, was reportedly removing the top from the barrel with a blow torch when something ignited the explosion.  Fire investigators will attempt to determine what had been previously stored in the barrel, possibly leaving flammable fumes in place.

The explosion occured at the back of the property, and ignited a fire that spread to the main building.  Firefighters from the Jefferson Township Fire Department were able to extinguish the blaze with some damage to the property.

The fire chief indicated to local media that Barker was conscious at the time he was airlifted from the scene.