WILKES-BARRE  l  A Pennsylvania tow shop owner long-embattled by police investigations and a local media backlash was suddenly arraigned Friday on charges of stealing $2100 from a towed vehicle during an FBI sting. 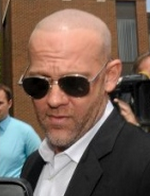 Leo A. Glodzik has probably received more local coverage in recent years than any other tow owner nationwide. Local television reports and newspaper articles number into the dozens, divided between charges of corruption and consumer malpractice.

Glodzik was charged with felony theft by unlawful taking as well as a misdemeanor charge of theft from a vehicle. This after FBI agents staged an arrest scene in January from which the supposed suspect’s vehicle needed to be towed.

Over $2,000 had been stashed in the car’s ashtray by agents. According to prosecutors, Glodzik took the bait.

The sting seemed to specifically target Glodzik, owner of LAG Towing, the firm which has handled all city towing in Wilkes-Barre since 2005. This despite an ongoing wave of criticism leveled against Mayor Tom Leighton for maintaining the contract.

After the charges were filed Friday, Leighton announced he was terminating the city’s relationship with LAG.

Glodzik’s lawyers have called the allegations “hog wash” and suggest there is more to the story.

According to the indictment, Glodzik was first approached in December of 2012 by a state police agent working with the FBI. The agent told Glodzik he had discretion over which tow company would be dispatched at arrest sites involving a regional drug task force.

In a subsequent meeting, Glodzik reportedly asked the agent about cash found in the vehicles, and suggested they might split any recovered.

On Jan. 29, the agent called Glodzik to a staged arrest scene with a late model Cadillac awaiting transport. After transporting the vehicle back to LAG, Glodzik allegedly removed the cash and split it up with the undercover agent.

It was then that Glodzik was informed that he would later be arrested. Assistant Luzerne County District Attorney Sam Sanguedolce filed the charges Friday. Glodzik pleaded not guilty and was released on a $5,000 unsecured bond pending his trial.

The arrest adds to mounting problems for Glodzik. Last week a bank in Florida reportedly filed foreclosure papers on his Wilkes-Barre home.

The FBI is also investigating LAG and Glodzik on unrelated charges. A federal subpoena was issued to the city manager’s office in February for all records related to city-ordered tows.

Mayor Leighton insisted his decision to terminate the contract with LAG was not solely based on the new charges, instead stemming from an in-depth investigation into LAG practices following multiple citizen complaints.

Falzone Towing Service has been temporarily awarded the city contract until a final decision can be made.