ST. LOUIS  I  A towing operator who pleaded guilty to charges of theft in a 2011 FBI sting has been sentenced to 15 months in prison plus three years of supervised probation. Some in the community have expressed concerns over the legitimacy of the prosecution, with one local paper asking, ‘Isn’t that Entrapment?’ 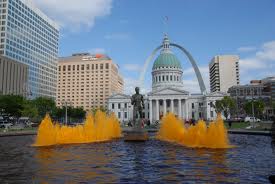 The case, despite any legal hair-splitting, does not reflect well for towing professionals. In February of 2011, Eddie Johnson of Cahoklia, Miss. answered a dispatch for an abandoned car in East St. Louis.

The vehicle, it turns out, was specifically positioned by the FBI and stocked with diamond earrings, a debit card and a purse. Also onboard were video and audio recording devices to gather the needed evidence.

The stings are called ‘Integrity Tests,’ conducted by the Bureau and the U.S. Attorneys Office to test random professionals, and vigorously prosecute the offenders.  The same operation also caught a small town chief of police allegedly stealing video game consoles on the job.

When Johnson pleaded guilty in November, The Riverfront Times in St. Louis asked in a headline, ‘Isn’t That Entrapment?,” posing the question to James Porter, spokesman for the U.S. Attorney’s Office for the Southern District of Illinois. 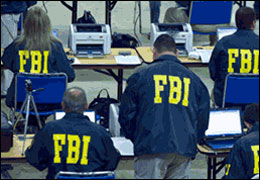 “Entrapment is where you use something to overcome someone’s desire to NOT commit a crime,” he succinctly answered.

James Lewis of Valley Automotive Consulting agrees.  He tells Tow Squad News that, as former law enforcement himself, he takes a hard line on the argument, calling it “a weak defense for someone who is guilty.”

Lewis frequently serves as an automotive consultant in legal proceedings and has repeatedly testified in cases as a professional witness.  He views the issue as much more cut-and-dry then being set-up.

“We see items in cars and trucks all day, every day,” he said.  “Someone who isn’t a thief doesn’t take these things.”

Johnson was officially sentenced last Friday.  The time imposed was likely lengthened because he lied to federal agents when first approached about the theft, and then repeated that story to a grand jury.

For Lewis, he says that the solid towing professionals who are entrusted with not just people’s property, but often their lives, should not be judged by individual cases like this one.

“It’s a true shame that a thief can mire the reputation of the industry that is constantly fighting to improve its image.”