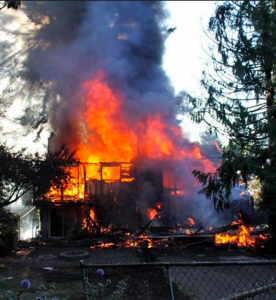 HONOLULU  l  Shop owners know, recovery work can come at a high price. Aside from the dangerous elements of the job itself, towing professionals can face additional risks from car owners who feel wronged by the process. Sometimes it leads to angry words, specific threats or even direct violence. And at some companies, it comes in the form of fire.

Arson attacks against towing enterprises have dotted the country in recent months, spotlighting the heightened threat, almost specific to the industry.

In late March, during the early morning hours of a Sunday, a fire was spotted at a towing firm on the Hawaiian Island of Oahu. The office of Iron Horse Towing was nearly engulfed in flames before a local fire company could extinguish the flames.

According to Honolulu Police, who have jurisdiction over the entire island, the investigation has been turned over to an arson specialist. An off-hour fire at a business, when less people and equipment are active, first raised suspicions of an intentional blaze.

Some cases suggest the targeting of customer vehicles rather than just the shop itself. Around the same time as the Oahu incident, a shop in Wyoming was struck with a blaze that claimed 9 vehicles. Once again police were quickly able to pinpoint the fire as intentionally set. 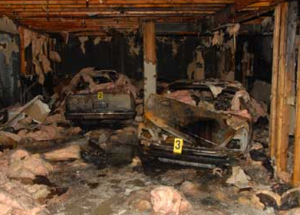 “The first vehicle became fully involved,” said area volunteer fire chief Mike Hutchins. “Then there was radiant heat and a pretty good wind blowing out of the southwest that just kind of pushed it.”

From there fire spread across to additional vehicles and then a garage, once again while the shop was closed for business.

“They basically ruled out accidental and natural,” Hutchinson said, “but we don’t know for sure what started it yet. It’s still under investigation.”

While these cases represent extreme reactions from unbalanced customers, they can certainly happen at any shop. What shop owners can do to protect themselves is create an atmosphere that makes the crime more difficult, or at least difficult to get away with.

Exterior lighting is crucial, especially around entrances and exits to the building or gates to the yard. Well-lit areas are often recommended by law enforcement to stop criminals before they can even position themselves to break the law.

Also key is a security system, or at least the illusion that one is in place. While some shops pay top dollar for high-quality video coverage, other companies just opt for mock decals to go in the window.

Involuntary tows and the occasional irate customers are sometimes just the cost of doing business in recovery work. But when a crime is committed, it’s important to know that law enforcement will pursue it.

Some will hear of a tow shop being hit with an arson fire, and assume that the company must have done something to evoke such a reaction. Literally applying the idea that where there’s smoke, there must be some impropriety.

In fact, these cases usually involve deeply disturbed individuals who carelessly use a deadly force to enact personal revenge. To lose sight of that is to lose sight of both justice and reason.

The Arson Series continues next week, turning an eye to how law enforcement typically interprets these crimes, and how they recommend avoiding it in the first place.