CHARLESTON, WV  I  In a special ceremony held at the State Capitol of West Virginia last week, Governor Earl Ray Tomblin spoke of the bravery displayed one night by a group of police officers and a tow truck driver named Frank Massey. 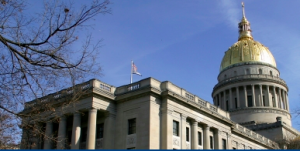 On Aug. 28 of last year, Massey was responding to a police-ordered tow at a roadside arrest site.  When he arrived, suspect Luke Baber had already shot and killed New Jersey State Troopers Eric Workman and Marshall Bailey.

Massey himself was shot by the suspect almost immediately upon arriving, but managed to escape the area.

Cabell County Sheriff Tom McComas spoke of Massey’s bravery that night, calling him the real first responder that evening. Despite being shot, Massey had been able to alert authorities to the location, now a double homicide scene. 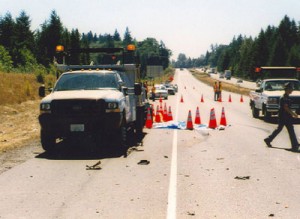 Baber had first been pulled over that night driving a stolen truck. He was in handcuffs when he shot both troopers, using a gun concealed in his clothing.

He was still cuffed when he shot Massey and took off on foot.

Police would eventually track Baber to a nearby wooded area where he was shot and killed by officers returning fire.