NEW ORLEANS – The Big Easy is gearing up for overlapping celebrations for the next several days as Super Bowl XLVII arrives alongside Mardi Gras.  Among the plans are extremely rigid parking restrictions aimed at keeping traffic flowing smoothly. 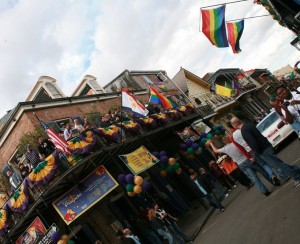 Mardi Gras, or Fat Tuesday, normally would already be kicking off a three-week cycle of events and parades leading up to Feb 12.

On Tuesday, however, Mayor Mitch Landrieu postponed this year’s Carnival and the street parade calendar by one week, citing public safety.

Landrieu says their police department simply does not have the resources or manpower to accomodate both events simultaneously.

Sunday’s game between the San Francisco 49er’s and the Baltimore Ravens is already drawing thousands of visitors in advance of kick-off.  This will naturally put a higher premium on parking in the Crescent City, along with the demand to have violation vehicles removed promptly.

In most areas, the carnival atmosphere is accompanied each year by strict towing enforcement. Both events will call for massive street closings to accomodate everything from parade routes to street festivals.

“It’s very simple, just look at the signs.” said police spokesman Chris Levy.  “If you see a picture of a tow truck with a car on it, don’t park there.”