LOS ANGELES – A group of towing professionals in New York are feeling a bit betrayed after uprooting their lives for a reality show, only to wind up not getting paid thus far for their efforts. 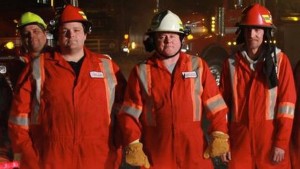 Craig Sutton and his team are out of Nyack, New York, north of Yonkers. When asked by a Los Angeles-based production company to appear as part of National Georgraphic Channel’s ‘Hell Thru Highway‘ series, some of the team members were a bit hesitant, according to Sutton.

Ultimately he convinced them to sign, and after relocating to California they taped an entire season of episodes.  Sutton tells KMAX-News they haven’t received the $1,000-per-episode payment promised, and aren’t getting any straight answers as to why.

“I kind of feel like I got my guys into this,” Sutton said. “They didn’t really want to do it. They didn’t like signing the contract, and then I got them to sign them.  And they didn’t really care about being followed with cameras all the time.”