LAUDERHILL, Flor. – Fallout continues from the death of a university dean killed when a car ran over him during a recovery dispute earlier this month in Florida. The victim’s family has filed suit against the tow shop and an unnamed driver. 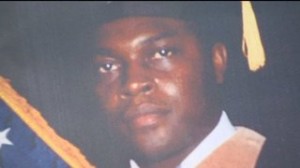 On Jan. 16, Elias Konwufine, an assistant dean at Keiser University in Ft. Lauderdale discovered his Mercedes-Benz was being hooked up outside his home.  According to Superior Lock & Roadside Assistance, the Plantation-based firm who handled the transport, the vehicle was in violation of the homeowners’ association rules.

According to published reports, Superior Lock claims their driver was reacting to Konwufine’s unusual behavior, who police say jumped onto the tow truck as it was pulling away from the site.

Konwufine’s widow, an area high school science teacher, says her late husband was forced to hold on to the truck as it sped away from the scene.  Konwufine reportedly was dragged for “several hundred feet” before being run over by his own vehicle.

Konwufine, who was 38, died later that day at the Broward County Medical Center.

According to Florida law, a towing operator must stop when approached by a driver seeking the release of their vehicle.  In addition to the civil lawsuit, a criminal investigation is underway to determine if the driver will be charged.

In court filings, the driver was only identified as ‘John Doe,’ who according to the suit, has a history of dangerous, violent and aggressive behavior.  The suit alleges he brandished a firearm at the same location only weeks earlier.