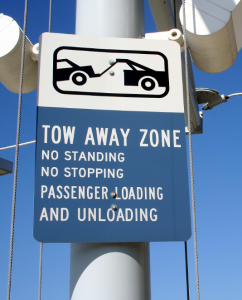 WICHITA FALLS, Tex. — A new proposal that would move a city’s impound lot to a new facility could wind up saving local coffers hundreds of thousands of dollars, if approved.

City council members in Wichita Falls, Texas have been looking for a solution to their frequently overcrowded city-owed impound lot.

Currently staffed by one fulltime employee and two other workers, it was built to store roughly 120 vehicles.  In November of last year, it held 165.

Despite the high demand and revenue potential, the city only profited about $33,000 in 2012.

Many of the vehicles held there are evidence-related or cannot be sold until a case is resolved.

A workshop was held in January to discuss options to the ongoing shortage of space, which included Police Chief Manuel Borrego and various city staffers.  One proposal seemed to gain the most traction.

Jody Wade Enterprises suggests moving the lot to a former elementary school where both the lot could be maintained, as well as a new evidence storage facility.  The 18,5000 sq-ft. space could also assist with a police department quickly outgrowing its real estate.

Chief Borrego told The Times Record News the idea could save the city over $100,000 in towing expenses and salaries.

Additional savings could nearly double that figure if the full plan is put into effect. Simultaneously, the city is likely to see a greater profit from the old system.

Chief Borrego is recommending the city council to approve the proposal.