LAWRENCE, Mass. – Towing can be a most dangerous profession, even without the presence of a vehicle owner on-site.  It’s not uncommon for people having their vehicle removed to show some anger, even blow off some steam.  However when their behavior turns criminal, too often deadly decisions receive a slap on the wrist. 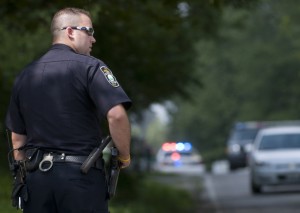 The pattern repeats itself across state lines and socio-economic backdrops.

A 61-year-old Massachusetts man was charged after endangering the life of tow truck driver over the weekend, when police say he sped off in his vehicle knowing an operator was working beneath it.

Francisco Henriquez of Lawrence was arrested Saturday, though he was ultimately only charged with assault and disturbing the peace.

Towing operator Wardy Castillo told police he was in the process of unhooking the vehicle for the owner when the car sped away with him looking up at it.

Officer Ivan Mendez indicated in his report that Castillo “saw the tires rotating near his face and got scared that he was going to get run over by the suspect’s vehicle. The victim then got out from underneath the vehicle and made his way to safety.”

Threats against towing professionals can be common, and many believe they are often overlooked by police and prosecutors as almost an occupational hazard.

In Portsmouth, N.H. a man was charged in October of last year with threatening to kill a driver, and then swinging a shovel he grabbed from the tow truck at the man. Last week the case was finally adjudicated.

Douglas Martin, a 49-year-old, was ultimately fined $250, which could balloon to $750 should he re-offend in the next two years.  His felony charge was subsequently reduced to two misdemeanors.  A one-year jail sentence was also suspended.

2 Responses to Are Serious Threats Under-Prosecuted?