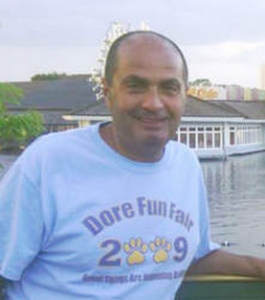 According to published reports, Chicago Police Officer Ali Haleem became an informant in 2008 after being arrested for attempting to extort funds from a Cook County tow shop.  In turn, his assistance has led to 10 other CPD officers eventually being charged with extortion.

Also arrested were two campaign staffers at a state senate office, though their involvement was not clarified.

Prosecutors indicated that the tow shop owner allegedly extorted in 2008 had provided the testimony that led to the initial crackdown.  The same probe was expanded after kickbacks for government contracts were uncovered.  More arrests could follow.

Haleem, a former undercover narcotics officer, has now himself been officially charged. He will stand trial for both the 2008 extortion allegation, along with three fresh charges of selling firearms to a convicted felon.

In August the Chicago Sun-Times reported Haleem’s involvement as an informant, prompting him to resign from the police department.  His cooperation in the probe is expected to become a critical factor in sentencing, should he be convicted.

One Response to 11 Cops Busted in Chicago Tow Scam