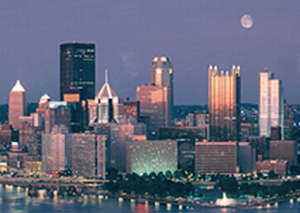 PITTSBURGH  l   Police and city officials in Pittsburgh are reviewing the practices of a valet parking company that appears to have been commandeering public spaces, and allegedly towing away innocent people’s vehicles.

As complaints against Tri State Valet have continued to accumulate, Asst. Police Chief Maurita Bryant is now taking a second look at the parking variance she herself issued to the company.

The variance allows Tri State to operate, and in some cases also permits the use of specific public spaces for the company’s use.  However early reviews of the company’s practices suggest improper activity.

One man whose car was towed says he was told the public spots were now “owned” by the company, referring to choice downtown real estate along Market Street.

“No one owns these spots down here,” said Joe Smetna, speaking with the Tribune-Review. “I told them this is not right.”

Other have alleged that the company is forcing downtown visitors to use their valet services for spots they have no claim over.

There are also reports of the service using additional public spaces for their actual clients, thus freeing up more space in their designated garage while increasing the demand for immediate parking.

Asst. Chief Bryant is reviewing to see if, in doing so, the company has violated the conditions of the variance issued by the Pittsburgh Police.

“We will look into the allegations that are being made,” Bryant promised.

Tri State is owned by Robert Gigliotti, who has declined requests to comment. His wife is reportedly a police officer with close political ties to the former chief.

Gigliotti’s attorney has publicly blamed the situation on “rogue” staffers. 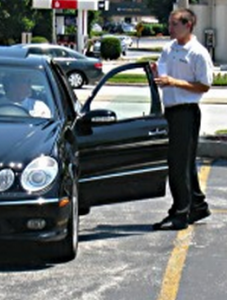 When Smetna was towed, he faced a $115 wrecker fee plus a parking citation for $90. He claims when he parked his vehicle, there was no indication the space would suddenly turn into valet parking.

He has since obtained a copy of the parking variance issued to Tri State, and says he has gathered photographic proof of the company violating that arrangement.

Pittsburgh Police is now promising a full review of all companies with valet parking variances issued to them.

Smetna says he plans to fight the matter in court.

“I’m concerned,” he said. “How many other people got their cars towed – and were caught up in this scam?”