ALBANY  l  State troopers in New York will be cracking down on drivers who ignore emergency roadside scenes this week, part of an awareness campaign for the state’s ‘Move Over’ law. 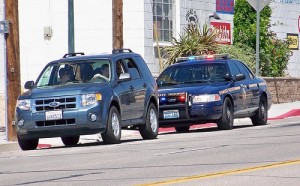 New York began recognizing towing professionals as first responders over two years ago, requiring drivers to slow down or change lanes, just as they would when approaching fire, medic or police personel.

“If you get a ticket, like cell phone tickets or anything else,” says Excel Towing’s Matt Herne, “Once you get a couple, you learn to move over.”

Speaking with WHAM-News of Rochester, Herne explained that he hopes the effort will teach people an important lesson.

“Once troopers start pulling the people over more that aren’t doing it, the people will be more aware,” he added.

In similar previous campaigns, state troopers have been dispatched to working accident scenes specifically to monitor for drivers who don’t comply.

In Syracuse, shop owner Mike Cesta of MC’s Towing understands the problem. His friend Todd Young was killed nearly two years ago while working at roadside.

“Everyone is in a hurry,” he said at the time, speaking the Post Ledger. “They can’t wait five seconds. They blow by us all the time.”

“It’s worse at night,” he continued. “They see the flash of lights, but it almost draws them to the vehicle. There’s no excuse.”

Young, 53, was struck and killed by a tractor trailer which drifted onto the shoulder of I-481 where the towing professional was hooking up a disabled vehicle.  At his funeral in Rochester, over 100 tow trucks participated in the procession to his graveside service.

“It’s all for the safety of the drivers and the pedestrians.” Herne said. “When you’re out on the expressways and people are doing 65 miles-per-hour by you, it’s quite scary.”