PHOENIX  l  Tow operators can end up in some dangerous situations in the course of their work- and a disturbing number have paid the ultimate price, largely due to drivers not paying attention.  Many believe that state laws aimed at protecting police, fire and medic personel at roadside should also apply to towing professionals. 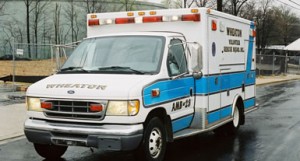 Some states, including Texas and Iowa, are beginning to classify tow operators as first responders, the designation usually reserved for emergency dispatch.  Now laws aimed at slowing drivers down when approaching an accident scene can also be applied when a tow crew is on scene.

Safety at roadside is a key part of the job.  The frenzy of highway traffic has taken many professionals off guard.  Add to that situation inclement weather or rush hour and it can be a potential tragedy.  Many drivers fail to give tow trucks the same respect and clearance as they would other first responder vehicles.  That scenario has lead to many senseless deaths.

The Emergency Responder Safety Institute (ERSI) was created to focus on the safety of emergency responders, and they do recognize tow operators as part of their mission.  ERSI recommends always using proper lighting appropriate for daylight or nighttime operations Orange traffic cones are suggested around the scene to warn oncoming traffic.

This is most vital for interstate work and busy roadways.  They also suggest tow operators always assess the overall job for safety before beginning hook up.

Putting distance between the tow truck and traffic can also help.  State departments of transportation are making some progress in that effort.  43 states now have so-called Move Over Laws requiring motorists to change lanes when approaching a response vehicle.  Only 17 states currently include tow trucks in those measures.

Arizona is a recent state to include tow operators in the language of the law.  Commenting on the issue was Dick Rautenberg, owner of Dick’s 25 Hour Towing, “Say a car’s coming along and they’re on the cell phone or they’re changing the cd or something, and if the car moves over six inches and you’re there, you’re going to get hit.”

The job is difficult enough without the added threat of inattentive motorists.  There is also the matter of time.  Many accident scenes are rushed into recovery to return the flow of traffic.  Pressure from city or municipal officials to get the matter cleared too quickly can lead to a riskier environment.

“Tow shops generally have basic safety protocols in place,” one safety advocate said, “and it is recommended that these not be rushed for the sake of traffic flow.”