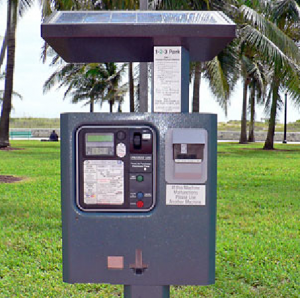 MIAMI  l  Tourists and locals alike are up in arms over a private parking lot in Miami that some say is deceptively arranged to appear like a city-owned meter zone. The single payment system at the lot has been described as nearly-identical to the official city meters used in South Beach.

This has lead to dozens of drivers being towed after paying at the wrong machines. Both machines generate an authorization print-out for drivers to display on the dash.

The lot is reportedly owned by two Miami businessmen, who contract out the recovery work to Tremount Towing. An employee at the shop refused to comment on the matter, directing questions to their attorneys.

“These charlatans have a machine that looks exactly like the city’s meters just across the way,” said Kris Conesa, whose Mercedes Benz CLK 350 was hooked and hauled last month after he inadvertently paid a nearby city meter.  His total transport bill: $241.

“They could have an attendant there to differentiate the two,” he continued, speaking with The Miami New Times.  “But instead (they) choose to perpetrate as a public lot in an effort to confuse motorists and line their pockets.” 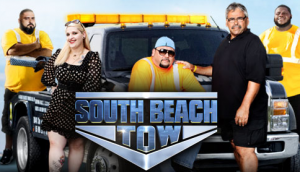 Towing in South Beach has a reputation for being fast, fearless and sometimes barely legal. This reputation is likely only enhanced by the truTV reality show South Beach Tow.

According to Miami Beach’s Parking Director Saul Frances, the complaints have been steadily pouring in about the lot, with drivers saying the signage in place is confusing, and not visible enough. Some say that is by design.

As a result of the complaints, Frances’ office has insisted the signs be made more legible, which the company complied with.  Beyond that, he says his hands are tied.

“It’s a free-enterprise issue,” he said. “They don’t have to honor parking tickets purchased from a city-operated meter. We feel badly about it.”