YORK, Penn  I  On Monday, a small group of men in Pennsylvania got back to their normal work-week grind. What they did over the weekend, however, made a tremendous impact for one local citizen. 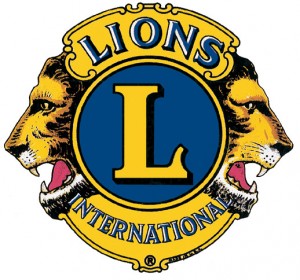 Brad Hengst is scheduled to undergo surgery this week to remove a cancerous tumor from a lung. The 66-year old works as a sewerage enforcement officer for municipalities around York County. First diagnosed with colon cancer in 2010, it has since metastasized and entered his lungs.

In Pennsylvania, it can get cold anytime of year – and people rely heavily on their heating systems, even sometimes in typically warmer months. Climate control becomes especially important for patients experiencing a serious respiratory condition.

For Hengst, who uses a wood-burning stove, this would present a problem. His firewood supply was dwindling, and he’d be in no shape to replenish it during his extended recovery.

By complete happenstance, as good things often tend to come about, local tow shop owner Lance Beard became aware of the situation. He was assisting Brad’s mom, whose car battery needed a jump last week. He decided to do something about it.

“I made some phone calls,” Beard modestly said, speaking with the York Daily Record. “I called the guys from the Lions Club and I said we’ve got a project we have to do here.”

Brad Hengst is not a member of the local Lions chapter, but that appeared to make no difference to the group.

Beard reached out to several area friends and colleagues to coordinate an effort to bring warmth into Mr. Hengst’s recovery. The plan was to spend the weekend chopping down two sizable pine trees on Brad’s property, and stack them into manageable piles of firewood.

Non-Lions also got involved, including some of Brad’s neighbors and Walt Boss, owner of Mack Ice Cream.

“It’s what life’s all about,” Boss explained. “This is how things get done.”

The effort started late on Friday, and by Sunday the work was complete.

In an industry that is often unfairly viewed as underhanded or shady, the events in York County spotlight the very nature of recovery work… a hero rolling up in a truck with a solution to your problem.

Beard’s Towing is the shop Lance Beard opened 42 years ago in Jacobus, just outside York. He says what he and his friends did this weekend was about something: the community.

Without them, Beard said, “I wouldn’t be in business.”