SHEBOYGAN, Wisc.  I  A Wisconsin shop that for years served as the area Wonder Bread and Hostess storefront has reopened, as a towing operation and auto garage. 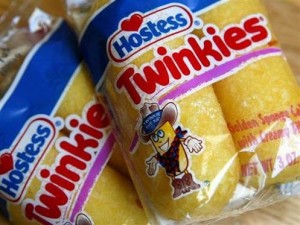 The store sold Twinkies and other Hostess favorites, but largely dealt in bread.  It was one of over 500 to be shuttered last year after the company failed to reorganize while in bankruptcy.  The company subsequently began to sell off some of its major brands to other food distributors.

Outside of town, in Sheboygan Falls, the owners of Arrow Transmission and Towing were looking to grow into a larger space – and they quickly thought of the Eric Avenue real estate.

People knew where it was, and many in the area felt a connection to its history.

Nick Bollencacher and Chad Joosse opened Arrow in 1999.  They now operate four tow trucks, and recently won the contract for recovery calls for the Sheriffs Department.

Joosie tells The Sheboygan Daily that lots of people have been dropping in to see the new business.

“The general public is asking questions” he said.  “We have seen more business and foot traffic since re-locating.

As a promotion for their first 100 customers, the shop gave away free Twinkies.