FT. LAUDERDALE, Flor. – A Florida businessman sits in the Palm Beach County Jail charged with running a cocaine operation using a tow shop as a front. 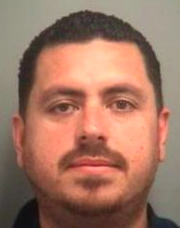 Joel R. Hinojosa, 37, runs at least three small businesses in south Florida and Texas, two of them tow shops.  Police say as far back as November 2010, Hinojosa may have been regularly transporting and distributing large amounts of cocaine to the Fort Lauderdale area.

Among the allegations is that at least one tow truck was specifically used to transport the drug from a warehouse Hinojosa owns in Texas back to Palm Beach County.  Police say a vehicle headrest was used to conceal the contraband.

According to police, the case against Hinojosa arose when a confidential source tipped off DEA.  During surveillance of the suspect, enough evidence was obtained to secure an arrest warrant on distribution charges. He was taken into custody last week.

One of Hinojosa’s alleged customers became a cooperating witness for police, directing investigators to locations involved in the operation.  The tow shops were not named in the arrest report.

Hinojosa was charged with operating a criminal organization, plus the sale and trafficking of cocaine.  At a preliminary bond hearing, bail was set at $250,000.