ARLINGTON, Virg.  I When it comes to towing, a lot of the work gets done at night. That’s just a reality of the business that unfortunately can bring added risks to the job. And while most job-related fatalies still come at the hands of distracted drivers, a study points to another clear culprit to watch for: sleep depravation. 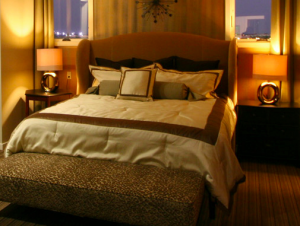 Last year a study conducted by the National Sleep Foundation revealed that as many as one in ten tow truck drivers are dangerously sleep-deprived at any given time.  The study found similar results when testing airline pilots and train conductors.

Compared with non-transportation jobs, where an average of 7% of the workforce answered they would work while considerably sleepy, 11% of tow drivers responded that way.

Transportation workers, including tow truck drivers, often work different shifts with frequent overtime.  This can make it difficult to form a regular sleep pattern, which experts say is unhealthy.

Joyce Walsleben, an associate professor of medicine at the NYU School of Medicine, contributed to the survery.

“It is exciting that we are finally able to see the statistics,” she said.  “And hopefully do something to improve the situations for our transportation workers.”

She stressed that these type patterns can put us all at risk.

The study involved thousands of professionals including bus and limo drivers as well as non-transportation professionals to provide a point of comparison.

Experts recommend making your work schedule as routine as possible, allowing for a full night’s sleep on a regular basis.

They also advise giving yourself a winding-down period for about half an hour before going to bed,  The idea here is to calm and prepare yourself for rest, hopefully allowing you to reach deep sleep more quickly.

For towing professionals, the dangers are clear.  The equipment involved can be downright deadly, with literally tons of weight split between two vehicles.  The smallest mistakes can lead to serious consequences down the road.

Shop owners can take charge of the problem by encouraging regular sleep schedules for staff, and by providing a work calendar that allows it.