Second Such Measure This Season

DES MOINES – On Wednesday the Iowa State Patrol announced the end to a temporary ban on towing abandoned or wrecked vehicles along state highways and interstates.  This had been in response to blizzard conditions throughout much of the state. 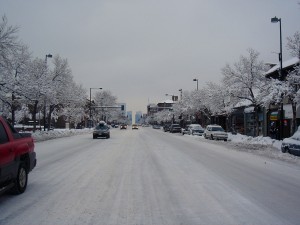 The state patrol recommends that owners with a vehicle currently abandoned on a state highway or interstate should now contact a towing company to arrange for a safe retrieval.

The ban, in effect, discourages some drivers from venturing out in hazardous conditions.  It also serves to keep more emergency first responders from being occupied by traffic matters during crisis mode.

Some areas are still restricted, and officials are directing motorists to their road conditions website, www.511ia.org for exact details.

The state of Iowa has a highway system comprising over 9,000 miles, which according to the DOT only makes up a mere 8% of their roadways.