SAN FRANCISCO  I A U.S. District Judge has ruled that the City and County of San Francisco can continue charging towing outfits for business permits. Plaintiff attorneys had argued that both state and federal laws would pre-empt that practice. 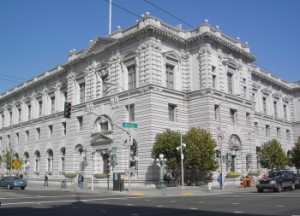 The suit was brought by the California Tow Truck Association in 2010, citing the Federal Aviation Administration Authorization Act of 1994.  The association argued that the practice is in violation of the language of the federal act.

Under the city code, towing firms are required to obtain permits for each truck ranging from roughly $200-$600.  Individual driver permits are required, costing $34 each. Additional start-up application fees for new companies also apply.

Breyer had ruled on the matter in 2010, citing different exceptions in the 1994 Act. When plaintiffs appealed to the 9th circuit, his initial blanket ruling was sent back by the appeals court, requesting a specific basic for each provision in his ruling.

“The court concludes that the permit fee requirements fall within all three exceptions,” Breyers wrote.  “They are simply a mechanism for funding the permit system.”

Founded in 1969, the California Tow Truck Association represents professional towing operators across the Golden State. Initially started by and for towing company owners, the association has been a consistent advocate for the concerns of the towing industry statewide and nationwide. They are headquartered in West Sacramento.