WASHINGTON, D.C. —  City council members in the nation’s capitol will be considering a new law that would combat noisy car alarms by allowing for the removal of the vehicle, but only after an eight-hour grace period.  Then, with an official complaint filed, a tow truck would be dispatched 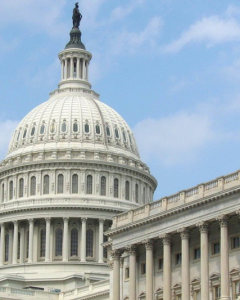 The legislation was floated by D.C. Councilman Jim Graham of Ward 1.

“Car alarms are going off for days and weeks, not hours,” Graham said, speaking with the Washington Examiner. “Literally driving people crazy.”

Currently an unattended vehicle can be towed only after 72 hours, which some believe is working fine.

An alarm in a battered Acura would regularly go off more then a dozen times a day in her Mount Pleasant neighborhood, most often in the early morning hours for some reason.

One morning it drove her from her bed, where she rattled off the initial letter that started the push.

Finally the troublesome vehicle was towed, bring relief to Shrader and her neighbors. But it got Graham thinking about finding a more specific timeframe that could be enforced going forward.