MINNEAPOLIS  l  Homicide detectives are expanding the scope of an ongoing murder investigation after the body of a second young woman was found at a tow lot near the Twin Cities. 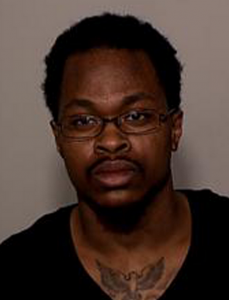 A suspect was arrested in March in connection with another body found in the trunk of a car towed from the same area. Police say the latest killing is likely the work of that same suspect, Alberto Prece Palmer.

Palmer was charged with second degree murder after 18-year-old Brittany Clardy was found Feb. 21 in a St. Paul tow yard. Now police are investigating his connection to the death of Klaressa Lorayne Cook, found May 20 at a lot in Minneapolis.

Both women appear to have been prostitutes, according to police, and likely met Palmer through the online marketplace Backpage.com. Investigators were able to quickly piece together a timeline of events in the first murder through the victim’s online chat history.

Autopsy results have not been released indicating the manner in which Cook died. Clardy was killed after she was bludgeoned repeatedly by a hammer.

Palmer, 24, is also wanted in Georgia where police say he violently assaulted at least three women. One had been tied up and stuffed inside a plastic container inside her own car before she managed to escape.

Palmer is believed to have relocated to the Twin Cities months ago in order to avoid the pending charges in Georgia.

Though found in Minneapolis and St. Paul, the vehicles in question were each towed from Brooklyn Park, a city just north of Minneapolis.

As such, Brooklyn Park Police has jurisdiction, but investigators are remaining quiet on what links Palmer to the second victim.

“The only thing I can say at this time,” said spokesman Inspector Todd Milburn, “is that evidence we have gathered in our investigation points us in that direction.”