WOODSTOCK, Verm.  l  A village in Vermont is enforcing a strict new policy to go after unpaid parking tickets: pay 50% within two months or have your car towed away. 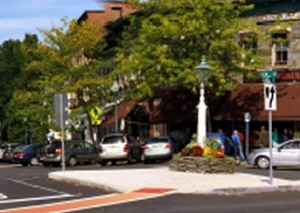 In Woodstock, south of Montpelier, letters have gone out to roughly 100 residents with outstanding tickets ranging from about $50 to over $1200. Under a newly-enacted ordinance, violators are offered a one-time half-off rate, redeemable within 60 days of notice.

“I say that if they do not pay at half price in 60 days, tow them,” said Village Trustee Eric Nesbitt. The matter was discussed and voted on at a meeting last week, with plans to move ahead in May.

“We always struggle with how we enforce this,” said Trustee Chair Candace Coburn. “We have never wanted to tow anyone.”

Village Manager Phil Swanson explained that towing is sometimes allowed under the old ordinance, just not enforced until now.

“In trying to be kinder and gentler,” Swanson said, “no one has been towed in a number of years.”

Locally called the amnesty plan, it was reportedly suggested to town leadership by the police department. Owners whose vehicles are towed would be responsible for the storage and transports costs associated.

Parking space has become a valuable commodity in the village, which like many smaller communities does not a have a police force that can devote continual man hours to parking enforcement.

Parking meters were only recently installed to begin enforcing time limits on usage in and around the village’s business district.

The new 50% measure also has the added benefit of reminding area drivers to always follow local parking restrictions and to also remember to pay for any tickets. It only applies to drivers with unpaid tickets who have repeatedly failed to respond to all other efforts to collect.