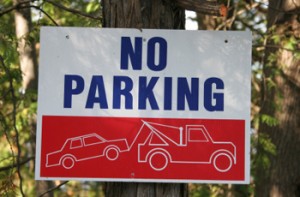 Forget for a second what you think about the goofy portrayals of towing folk you see on reality television.  Set aside whatever it is you do for a living, and imagine this scenario:  You’re the manager at a large apartment complex in a mid-sized city.  You manage the office staff, groundskeepers and maintenance personnel.  You also make sure all your buildings, grounds, and facilities are kept up to city and state codes for compliance.

One of the problems you run into as manager, however, is that when your tenants have guests visiting, there’s not enough parking to go around.  People park where they can, sometimes in fire zones, near hydrants, or in handicapped spots.

This seems to only be a nuisance until one day, you get a visit from the local fire marshal, who informs you that having vehicles parked in fire zones or blocking fire hydrants is against city code, and has to be enforced 24/7, or you can be fined up to $25,000 per occurrence.

A manager at another apartment complex informs you that they have contracted with a towing company that specializes in private party impounds, specifically for parking enforcement in fire zones and around hydrants, keeping you out of trouble with the fire marshal.  You contact the company, as is a logical step, and they post signs at your request that indicate that if vehicles are parking in fire zones or blocking hydrants, they will be towed at the vehicle owner’s expense.  Problem solved.

Another scenario:  You own a nice family restaurant.  You’re open for breakfast, lunch and dinner, and close at 9 pm.  There is a bar next door that often has big name bands and DJs and attracts quite a crowd.  In fact, the bar owner looks at relocating to a bigger building with more parking, so he can entertain more guests while also providing them a place to park without overflowing into other business’s lots.

For the time being, though, each morning when you come in to open the restaurant, you find cars that have been left by people who got rides from other folks, along with broken beer bottles, piles of cigarette butts where people have emptied their ashtrays, remnants of bodily functions, and other nightlife-related memorabilia.

You ask a fellow restaurant owner, who tells you about a towing company that specializes in private party impounds, effectively clearing private property of vehicles that don’t belong there.  They post signs indicating that your parking lot is only intended for parking for your customers, and any vehicles not belonging to your customers, or left there after hours, will be towed at the vehicle owner’s expense.  Problem solved.

This is a simple cure for a common problem – both private property owners/managers don’t want unauthorized parking, and some tow companies are prepared to patrol these areas as agreed and remove cars designated by the property owner/manager as being improperly parked.

These companies go to great expense to provide this service – they routinely patrol the areas they’ve agreed to check, and tow when needed.  With diesel fuel hovering around $4.00 a gallon, and the average small tow truck getting 10 mpg, you can see where it’s easy to go through $100-200 in fuel each day or night.

This cost, plus the cost of training people to tow properly, plus handle confrontations when necessary, make the typical rate for a private property tow roughly two to three times higher than a routine tow, say, if your car broke down and had to go to a shop. 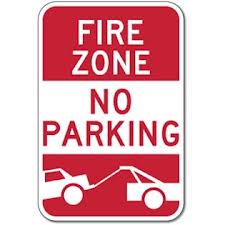 I’ve heard several times a customer declare “you’re stealing my car!”.  If a consumer really believes this is the case, they should contact the police.

In usual cases, signs are posted and rules enforced.  People may not like the results, but it’s exceptionally rare to see a scenario where the consumer wasn’t warned.

We all know not to park in fire zones or in front of hydrants, so why would it be different at the XYZ apartments?  If an apartment complex requires that tenants register their cars and display a decal or tag, and your car doesn’t have one showing, you can expect to be towed.

Again, some people may not like how this works, but the private party/property impound (PPI) towing segment is a very needed and necessary part of the towing industry.  Vehicle owners think that by yelling, screaming, or assaulting the tow person, their car will be released – in most cases, the police will be contacted and the vehicle owner cited or arrested.

My dad always liked the old saying “an ounce of prevention is worth a pound of cure” – the PPI segment is the cure, and the prevention lies in not parking in the wrong place in the first place.

James Lewis of Valley Automotive Consulting has been involved in over 9,100 automotive cases, with appearances in more than 800 trials.