SALEM  l  A shop owner in Oregon is putting his cash on the line to insure justice for one of his drivers. He’s offering a $1000 reward to catch the motorist who struck one of their staffers at roadside then fled the scene. 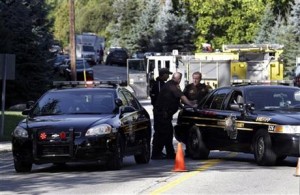 “The move over law applies to tow trucks too, not just red and blue lights”, said Jack Conwell, owner of Affordable Towing in Salem. He’s referring to Oregon’s ‘Move Over’ statute, which in 2008 incorporated towing professionals along with first responders.

Conwell says his driver was wearing an orange safety vest and had the emergency lighting on the truck activated when the impact occured.

The driver was struck earlier this week after responding to a disabled vehicle. During hook-up, a vehicle described as a dark-colored sedan struck the driver, knocking him to the ground and shearing off a side mirror. According to the driver, the vehicle then accelerated and quickly departed the accident scene.

Police are searching for the driver, focused on the likely damage done to his vehicle on impact. They are looking for a dark sedan with a scratched or dented front passenger side panel.

“I’m offering a $1000 reward for the person that hit my driver,” Jack Conwell told Salem News. He is frustrated that drivers appear to continually devalue the life of towing professionals working at roadside.

In Oregon, all vehicles are required to move over whenever possible to another lane when approaching a working road scene. If unable to shift lanes, they must decelerate until clearing the work area.

The fine for disobeying the law in Oregon is $287.