Man Gets 1 Yr. for Shooting at Tow 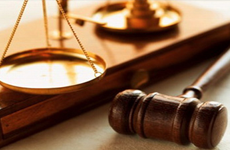 JUNEAU  l  An Alaska man convicted of discharging a firearm at a tow truck is expected to serve approximately one year in prison following a plea deal.

Darshan S. Dogra, a former soldier in the Alaska National Guard, struck the tow truck when he fired the handgun in February, though neither of the two passengers were injured.

In his defense, Dogra’s lawyers cited his tour of duty in Afghanistan and post-traumatic stress disorder. Public defender Grace Lee also pointed to anger issues and struggles with alcohol.

“Ultimately I think no matter what sentence is fashioned,” Lee argued, “it’s very important that the court at least attempt to address those possibilities.”

“Include substance abuse treatment,” she urged. “Include Mr. Dogra maybe going to the VA hospital and try to get some sort of mental health help, at least get a diagnosis if that’s possible.”

Prosecutors say Dogra was driving with his girlfriend on Feb. 1 when he spotted the tow truck. According to her testimony, Dogra began cursing about the government and made a U-turn to trail the truck.

She told police he pulled out a handgun and exited the vehicle. That’s when she heard the weapon discharge.

According to court papers, police determined Dogra had no association with the towing firm or either occupants of the tow truck.

Dogra’s grandmother Elizabeth Ramsey said the 24-year-old had not been the same since returning from a yearlong tour in the Afghan conflict.

Prosecutors could have sought an attempted murder charge but ultimately decided against it. Instead, Dogra pleaded guilty last month to a lesser charge, third-degree assault.