COLUMBUS  l  When it comes to city-ordered dispatches in the capital of Ohio, a much-coveted five-year contract is usually signed with an area towing firm after the standard bidding process. This time around, however, the final decision was complicated by lawsuits, conflicts of interest, and environmental protection. 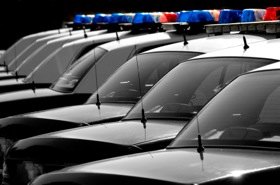 In the end, two of the three bidding firms joined forces to suggest splitting the workload between them, ending a six-month battle over the roughly 24,000 annual city-ordered tows in Columbus. The city council ultimately agreed.

The bidding kicked off last October with three companies each submitting a figure and proposal. Metropolitan Towing had the highest, at $2.48 million. Pro-Tow’s bid of $2.38 million was slightly more than the lowest bid, $2.37 million submitted by Columbus Towing.

However Pro-Tow received a $20,000 credit deduction, listed as an enviromental preference. Their proposal included a letter of compliance with the state’s EPA standards. When applied, Pro-Tow became the low bidder and was awarded the contract.

That plan was derailed when Stacy Willis, owner of Columbus Towing, filed a lawsuit claiming the environmental credit should not have been a factor. An attorney for Willis told The Columbus Dispatch that Pro-Tow’s so-called green efforts were actually all mandated by the EPS, and therefore not valid.

Metropolitan Towing also disputed the decision, battling over a contract that some say is worth more than it cash value.

“It’s not very lucrative,” police spokesman George Speaks told the Dispatch, “but companies get their name out there and they establish a relationship with police.”

To resolve the dispute, the city has agreed to split the contract between Columbus Towing and Pro-Tow, with each receiving roughly half their bid amount.

“We’ve never had companies be this close in the bidding process,” Speaks said. “It never was an issue before. In the end we get savings for the public and we kept the price relatively the same as the previous towing contract we signed five years ago.”