More charges are expected to be eventually filed against Byron Ross, a 26-year-old from New Orleans. 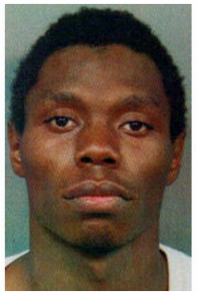 According to the indictment, Ross approached Moon Towing Services driver Mark Renouff during the early morning hours of June 19, 2010 as he was removing a vehicle from his flatbed.

Renouff told police the stranger produced a gun and demanded his wallet.

“I told him, ‘I’m out here trying to make a living,'” Renouff testified.

Renouff relinquished the wallet, but says the man then aimed and pulled the trigger. Somehow the gun did not fire.

Ross then accidentally pulled back the bandanna concealing his face while he fumbled with the pistol’s slide. Again, the gun failed to discharge.

“I guess I came to my senses and realized he was trying to kill me,” Renouff said. “I took off running to get inside the gate.”

Defense attorneys claimed Ross was mistaken for another man in the area at the same time, and did not commit the attempted hold-up or the related gun charges.

Due to the nature of the charges, Ross could be sentenced to up to 99 years in prison for the armed robbery and an additional 50 years on the second-degree murder rap.

While being arrested, Ross allegedly shot a sheriff’s deputy. The officer, who was wearing body armor, did not sustain serious injury. Ross is expected to be tried on those charges by early next year.