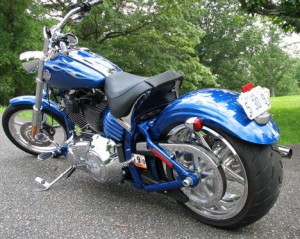 INT’L DESK  l  In the Australian state of Victoria, on the southern shore of the continent, the arrest of a motorcycle gang member for repeatedly operating heavy duty tow trucks without proper licensing has shaken up the local recovery industry.

According to the Melbourne Herald Sun, the unnamed defendant is a “senior” member of the Hells Angel motorcycle gang, and had none of the requisite training or paperwork to operate the heavy duty equipment in question.

The trucks being used belong to a local recovery firm that the man was employed by, though not as a tower. The company has also been charged.

It was revealed in court filings that the defendant and others were allegedly strong-arming local professionals away from accident scenes, and in many cases using wildly over-sized equipment for some fairly basic hauls.

VicRoads is the local bureaucracy overseeing highway matters in Victoria. A spokesman indicated the agency had great difficulty getting area towing professionals to file an official complaint.

For heavy duty, or heavy haulage as they call it, a special government-issued plate and a corresponding operators license are needed to operate. The Herald Sun reports that in all of Victoria, an area with over 5 million people, only 30 plates have been issued. Those authorization plates are now only resold, one recently for around $400,000.

Victoria Police have indicated that friction now exists between the motorcycle gang and members of the local towing industry. They say recovery work, like strip bars and debt collection, is a legitimate business that bike gang members are beginning to infiltrate.

The defendant, who appears in court June 4, is also facing charges of assault against a female. According to the complaint, he did not have a standard drivers license to operate a car or motorcycle.